, /PRNewswire/ -- The (Nasdaq: HAIN) ("" or the "Company"), a leading organic and natural products company with operations in , , and the providing consumers with A Healthier Way of Life™, today reported financial results for the first quarter ended . 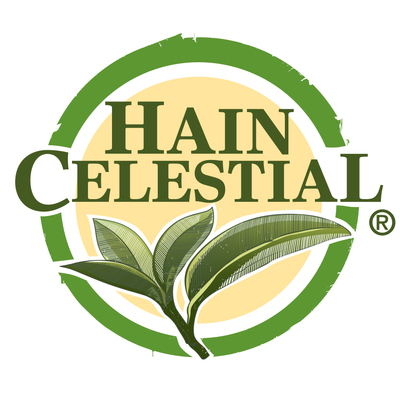 "Our first quarter results were solid with improved net sales growth and profitability, meeting our expectations across our business segments," said , Founder, President and Chief Executive Officer of .  "Importantly, we are on track to build momentum throughout the year as our execution of Project Terra continues to drive incremental sales growth and margin improvement to deliver long-term sustainable stockholder value."

Hain Celestial United States
Net sales for Hain Celestial United States increased 4% to over the prior year period, reflecting growth from the Pure Personal Care, Better-for-You Baby and Better-for-You Pantry platforms including Alba Botanica®, Jason®, Avalon Organics®, Live Clean®; Earth's Best®; Spectrum® and Imagine® brands; partially offset by declines in Fresh Living with The Greek Gods® brand, Better-for-You-Snacking with Garden of Eatin'® brand and Tea with Celestial Seasonings® brand.  The prior year first quarter results were also negatively impacted by inventory realignment at certain customers.  Segment operating income was , an increase of 11% over the prior year period and adjusted operating income was , a decrease of 5% over the prior year period, driven primarily by higher marketing investments.  The financial results for the current period as well as the prior year first quarter results excludes the operations of the Ella's Kitchen® brand thereby eliminating net sales of approximately and , respectively as these net sales are now reported as part of the reportable segment.

Rest of World
Net sales for Rest of World increased 14% to over the prior year period, or 9% on a constant currency basis driven by 13% growth from Hain Celestial Canada from Yves® Veggie Cuisine, Sensible Portions®, Live Clean® and Tilda® brands and 10% growth from Hain Celestial Europe from Danival® and Joya® brands and own label.  Segment operating income increased over 77% to over the prior year period.

The Company reiterated its annual guidance for fiscal year 2018:

Guidance, where adjusted, is provided on a non-GAAP basis, which excludes acquisition-related expenses, integration and restructuring charges, start-up costs, unrealized net foreign currency gains or losses, accounting review costs and other non-recurring items that have been or may be incurred during the Company's fiscal year 2018, which the Company will continue to identify as it reports its future financial results. Guidance excludes the impact of any future acquisitions.

Effective , due to changes to the Company's internal management and reporting structure the operations of the Ella's Kitchen® brand, which was previously included within reportable segment, is included in the reportable segment.  The prior period segment information contained below has been adjusted to reflect the Company's new operating and reporting structure.

Webcasts and Upcoming Presentation
will host a conference call and webcast today at to discuss its results and business outlook.  The events will be webcast and be available under the Investor Relations section of the Company's website at www.hain.com.

The Company defines EBITDA as net income (a GAAP measure) before income taxes, net interest expense, depreciation and amortization, equity in earnings of equity method investees, stock based compensation expense, and unrealized currency gains.  Adjusted EBITDA is defined as EBITDA before acquisition-related expenses, including integration and restructuring charges, and other non-recurring items.  The Company's management believes that these presentations provide useful information to management, analysts and investors regarding certain additional financial and business trends relating to its results of operations and financial condition. In addition, management uses these measures for reviewing the financial results of the Company as well as a component of performance-based executive compensation.

For the three months ended and 2016, EBITDA and adjusted EBITDA was calculated as follows: